Hi everyone! I hope everyone is good. Happy December again. And maybe an early wishing of a happy new year? I know it’s been a rocky ride since the cursed year, and I know everyone else probably feels depressed by whatever the heck is going out there. And I also know that I’d be better off doing some worthwhile things rather than procrastinating over it. But, here I am.

There’s these things I absolutely DISLIKE (hate is a strong word haha) about me and my life. Whether scrolling endlessly or being too much of a weirdo (or showing off my bookworm side lol).

Please, get out of my life. I don’t need you.

I sit at such apps for a long time, scroll and scroll and find nothing. Except a few moments of laughter after reading a joke. That laughing isn’t even qualified as laughing, it’s just hot air coming out of my nose (try it). Zero productivity.

What I’d like instead: More productivity and a brain that makes me realize “You’ve been staring at this app for too long, get back to your work.”

You deserve to be in the trash and not in my room.

Sadly, clutter doesn’t go anywhere. Instead it just piles up. My room is literally, cluttered, ALL THE TIME. Some of you might relate to this. I’m not a minimalist. I do not go repeating “less is more”. I have probably as many things in my room as the number of ants in the world. And let me tell you, the ants, are a lot.

What I’d like to do instead: De-clutter, get rid of my materialistic attachment and throw away things I don’t need.

My lack of being organized

Somehow related to my previous point. I’m just very lazy to keep things organized. Just like how I find socks in bookshelves. The problem is that I organize and clean something very passionately, and it stays like that for a while. Then I end up making a mess of everything soon after, because I keep thinking “Oh I’ll get back to cleaning this, but later.”

And by judging me as far as you know me, do you think “that later” ever came?

I haven’t been able to read books the way I did before. Maybe it’s bad book recommendations (ahem, help me book bloggers), but I’ve lost my reading “touch”. I am not that passionate about it as I was before, I’m not that hooked to even good books. So, the coming year, I want to throw out this book slump and say “come in” to more books!

Enough of this torture, Covid. Please go. If you don’t leave now, people are gonna start looking weird to me without their masks. Enough of this, us humans are tired.

What I’d like instead: Some freedom and a mask free life.

I recently got some honest feedback about my blog, that it was becoming too boring. I must agree with that. I haven’t soulfully written my posts in quite a while. Blogging is becoming a chore for me. More like an obligation. I seriously am thinking of quitting. But hopefully if the blog stats do well after this post, maybe I’ll stick around. (a little “blackmailing” never hurt anyone)

I really feel this post will do well. Because I wrote it truthfully, just being myself. I hope you enjoyed! The QOTD is-

Leave your thoughts, and the answers!

The pandemic has done good and bad to me. I wouldn’t write about my so-called vulnerability again, I’ve bored you enough with that previously. I’ve changed so much as a person, my friends who’ve met me now after 2 years ask me- “Are you sure you are you?”

You know, 2021 is almost over, and remember one of my first posts on the blog? I spoke about how I changed that year. This would be the second version of that.

A little by little, new changes kept adding up and sometimes, they pulled out a chunk of me or added three new more chunks extra (literally, too). The pandemic also exposed me to different things, like internet culture, aesthetics, *memes*, pop culture and even fandom culture.

I’ve become socially anxious. My friends called me, “that extrovert girl”, but I don’t totally live up to that. So the social anxiety slowly came by. The First step being less people-interaction (thank you, lockdown). Then came the texting period, where I began texting people. Then I only texted people.

Realizing that I was being too much of an in-the-corner-with-zero-social-interaction person, I began doing phone calls. But that too was only when the other person called me.

I hesitate to go to someone’s house to give something like a dish my mother made. You know, the typical Indian household thing where you need to give back the neighbor’s box with some food item you made, just because you cannot return something empty? I cannot get myself to do that. Not because I deem it a lowly thing to do (which it isn’t), but because I have zero knowledge about how to behave with Indian aunties or neighbors. Even if my parents taught me manners well.

Now since I am back at school, things are getting tougher. I do not know how to react to people I haven’t spoken with for around 2 years, but were friends of mine back then. It’s awkward. Plus, it gets hard to recognize people who’ve either doubled in length or in breadth.

Also, I‘ve become a bit of a perfectionist. Not a bit maybe. A lot, so much that it might be toxic.

My school assignments needs to be perfect, so to achieve that unattainable perfection, I spend a whole day to finish a small assignment. My mother says I take things too seriously because of that. I think that the partial reason of this cringe perfectionism is high expectations from myself.

I’ve been trying to decrease that. I’m slowly understanding that things aren’t meant to be perfect. And even though my peers have high expectations from me, they aren’t as high as the standards I set for myself. Self acceptance would get me out of it.

I’ve become more of a realist. I’ve been an optimist, whose encouraging people even if it’s practically and really impossible for that to happen. But this time, I think I’ve changed for the better. Living in the practicality is what I want, I’m going closer to being that person.

I speak too fast. Don’t know if this qualifies, but I used to be a very “clear” speaker, now I just rush faster than a Japanese Bullet train. My brain is thinking too fast, I’m not able to put it into words at a normal human pace. Yeah I know, my brain’s faster than normal brains. (Truth? No, it isn’t.)

The pandemic either changed me, or brought out my real colors. But I have this vision, a prospective, about who I am supposed to be. I want to be THAT confident, stubborn, independent chick who enjoys herself and is practical. I don’t know how close I am to that goal, but let’s say… halfway through?

And before I end today, I have a message for you. Or more, a reader and a blog pal does. I promised Harshita that there’d be a shoutout for a beautiful comment she wrote on a blog post of mine (read it if you’d like here).

All body sizes are not beautiful. No they are not. Beauty is something the society, we, created as a way to obtain the validity. It makes you think you are only valid if you have a pretty face and a curved body

But they are valid

We sometimes label people ‘looks’ based on their look. I mean, it can be a mental condition or it could be from birth or it might be in the genes et cetera. We create this idea of people in our heads without getting to know them.

So with that message, we end here. Namaste.

The morning of December the first. What a beautiful day to begin the last month that I have left of 2021. It’s probably the coldest it has ever been in our city. It’s been raining since the past… 12 and something hours. What’s even worse is that I had to be at school, giving an examination.

The worst weather is when it rains on a cold winter day. My friends and I shivered at school and by the time I got home, my limbs were frozen. 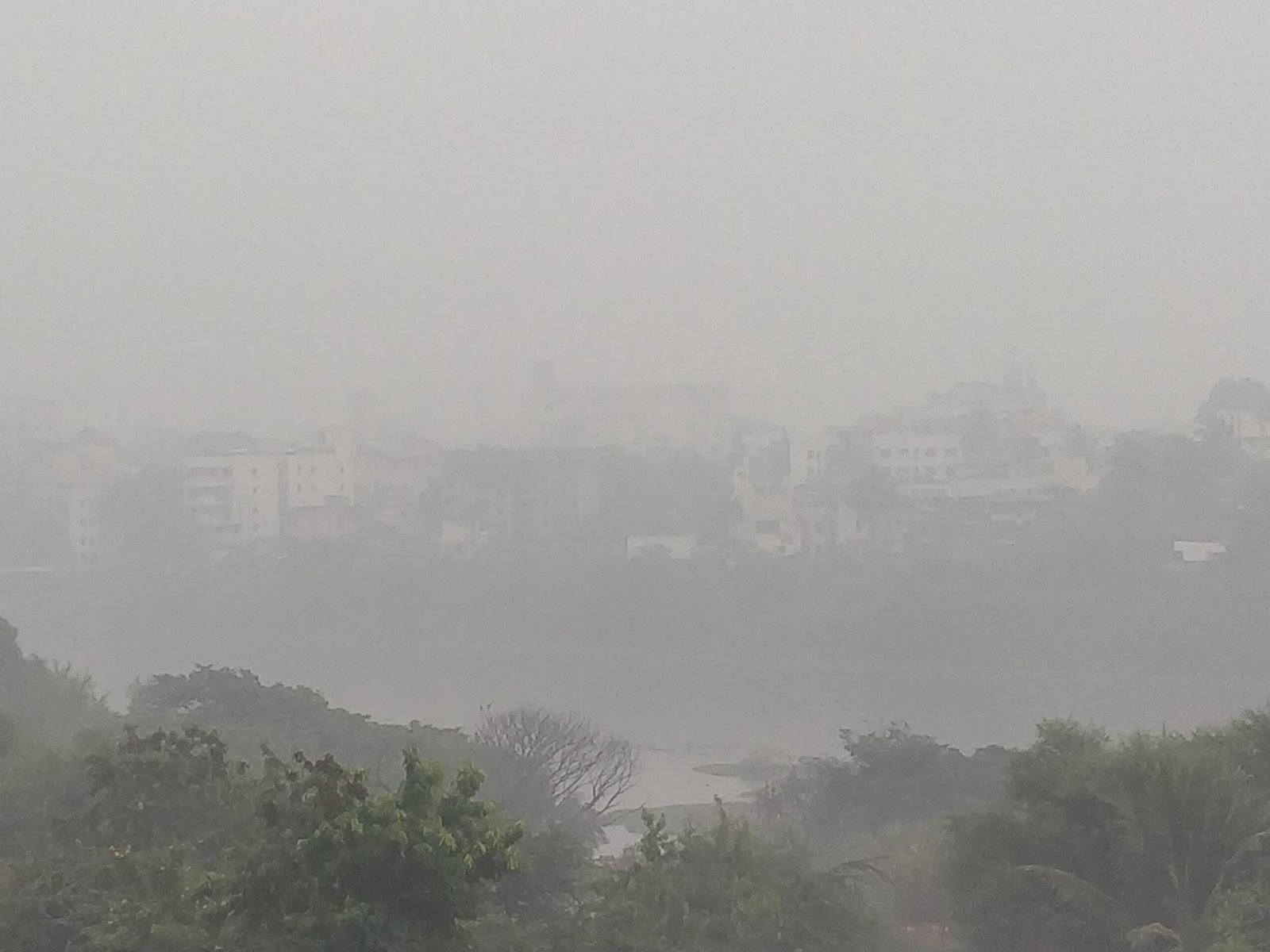 I took a warm bath and got dressed. Our house was even worse than the outside, the floors were freezing cold. I tiptoed and jumped on my way to the couch. I curled up into a ball, but nothing could save me.

But my rug would.

I got cozy in my rug and binge watched some television lazily, with nothing to do. Except I had to study for an examination that’s on the day after tomorrow. I had no practical energy to study chemistry or biology or physics on such a day, the body really doesn’t favor you, especially if it’s about studying.

Like a lazy cat that I am, I slept. I slept and enjoyed every moment of it.

I made hot chocolate for my “home-mates” a.k.a my mother, my sister and me. It didn’t matter how it tasted, the sole reason I wanted hot choc was because it contrasted the weather and comforted me. 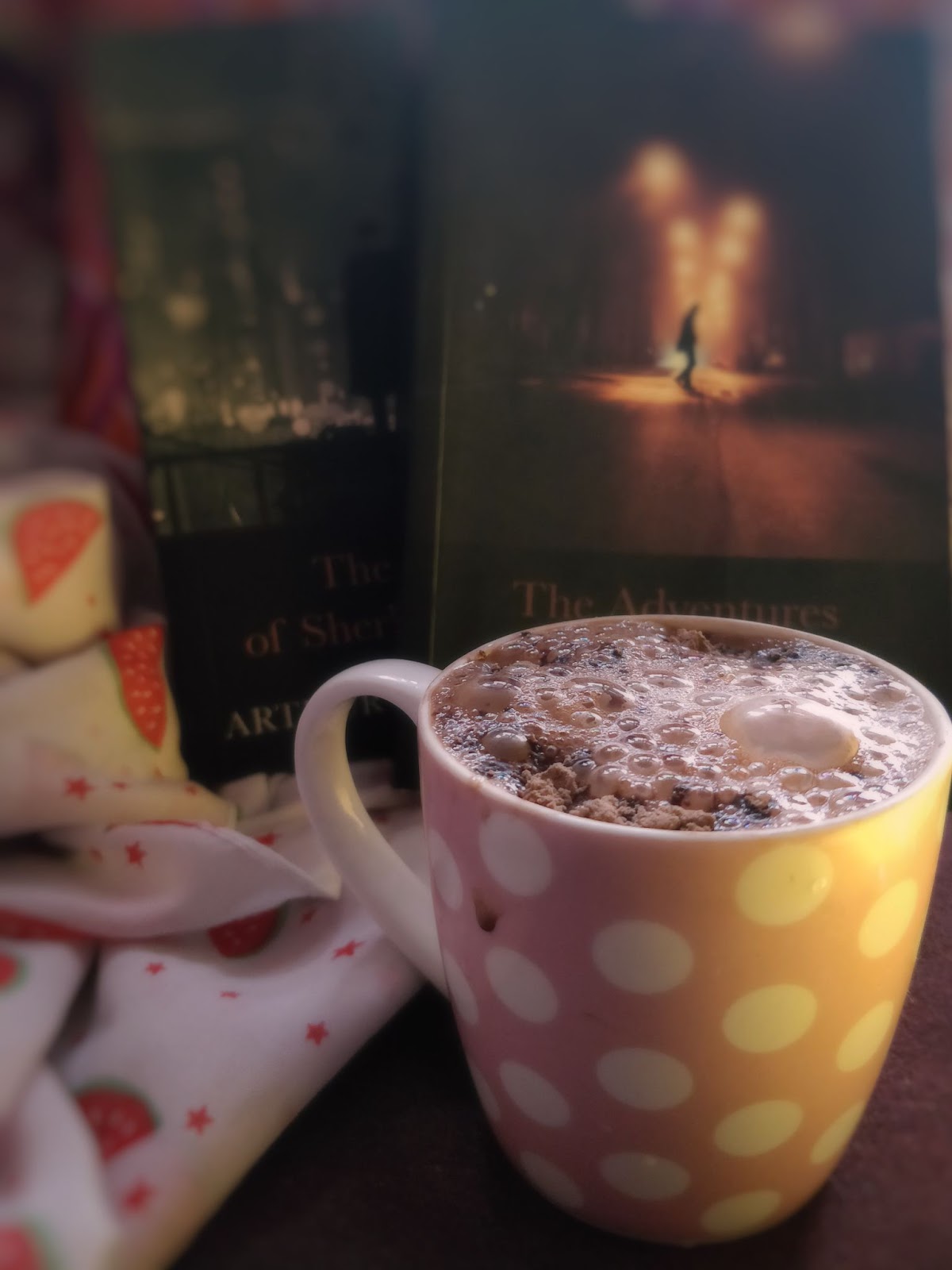 I realized this was the perfect weather to read crime, I picked up a book to read~

I decided to study a bit, because I was supposed to be a *model* student, and wowza, I did make progress. That leaves me enough time to enjoy myself during tomorrow’s study leave, haha.

I made a few positive affirmations for myself. I feel I was a little low on self-esteem lately. The only thing I want to do on such days is to curl up into a ball, get a book, some milk(not coffee, hehe) and head to my temporary utopia. I mean, isn’t that what anybody else would do?

What would you do on such a day? Let me know in our gala place, the comments.

P.S.- The blog’s been a lil low on stats lately, can I get some love on some recent posts pwease? Thank you!